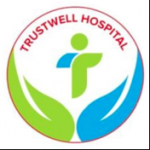 Wheelchair accessibility available
Patient Stories for Trustwell Hospitals
These are patient’s opinions and do not necessarily reflect the doctor’s medical capabilities. Read more
183 results
Sort By :
Most Helpful
J
Jan (Verified)
In-clinic
a year ago

I found Dr Anjana on mfine app back in April mid .. and she has been a blessing .. the lockdown was a way of reminding me to face my issues which I kept bottling up and ignoring.. I reached out for medical help as I was in a mess in terms of living my life and making any decisions..as this was my first time, I did not know how to confront and speak about my issues..I felt comfortable breaking down in front of her..she has been very good listener, affectionate and straight forward in her counselling.. Thank you for giving me a new perspective in life .. would recommend you to whoever feels the need⭐

She was very clear with the issue that had occurred and what should be done next. There are no issues with the doctors at TWH however Management needs an improvement big time. It is really not required to make everything compulsory to register/get a freaking file/ pay and go through all of it.

The Radiology/scanning and MRI departments maintenance staff needs to improve.

They just keep the patients waiting for really long to get the tests done!

*** ***** ******* ** ********** *** ** *** **** ********** ******** ** ********** I consulted her for a rectum anastomosis surgery. Right from my first consultation, Dr. Roopa was very courteous and took time to explain the current health condition, the surgery options that are available and also suggested the best option for her current condition. She also explained the risk factors involved in the surgery. The operation went very well and I am going through post op care now. I must mention that Dr. Roopa is very caring and she has been giving a great post op care, I had severe pain few days after discharge from hospital and Dr. Roopa asked me to come to the hospital, I got late in reaching the hospital. Doctor Roopa waited for 2 hours till I reached, attended me, gave medication and advice after which she left the hospital. Hoping to recover well soon under Dr. Roopa and her team's care!

For my father, we have visited the doctor in APollo hospital he is very friendly and has the patience to hear the problem. After checking my father he has suggested to undergo some tests. ** ******** ***** ***** ***** ****** ****** *** But doctor suggested to go Trustwell hospital. As per the doctor suggestion we have visited Trustwell hospital. They have charged more than 50,000 rs, also the we have observed that some tests are done 2 times and mentioned as 4 Times (Ex :- Blood Sugar Tests) After we have asked them they removed from a bill like this happened for two more tests. So I am totally unhappy with the Hospital.

I am totally unhappy with the Hospital.

I had Coctus Thorn in the finger from 01Jan 2021. It is a big relief to me and my family. Now I am comfortable post surgery.

Dr. N. Jithendran replied
Thank you for your positive feedback, we value your opinion, this will guide others
U
User (Verified)
In-clinic
11 months ago

Gathered that Doctor normally does not visit Trustwell Hospital on Saturdays. Since we had booked through Practo, Doctor made a visit. Kindly check and update so that it will be helpful for future appointments on Saturday. Doctor was very helpful, explained in simple terms. His reassuring words and simplicity were exemplary. Hats off

U
Umasrinivas (Verified)
In-clinic
5 months ago

Thank you For all the support you offered to us emotionally, psychologically, and medically, I want to say a huge thanks to the whole GI team. May your well of abundance never dry up.

And i am great full to the Trustwell hospital for introducing to great and friendly doctors, nursing staffs and everyone it’s wonderful awesome for good medical care and treatment

U
Upama Rakshit (Verified)
In-clinic
a year ago

I am really very satisfied with the way she took care of my health issue. She is very friendly, caring and empathetic. She first finds out the root cause and then prescribes the medications.And I would highly recommend others to consult her. She sets an example of what an ideal doctor should be. Thanks a ton maam😊🙏

The issue I had was pretty annoying and was killing my day to day life . After visiting dr Roopa life changed completely because of her treatment and making me understand how to manage and improve lifestyle so I can prevent the gastric issues .

Dr.Roopa Bhushan listens to all the problems and then arrives at the problem accurately. She is a wonderful Doctor. She handled the situation calmly and operation was successful. She instills trust and removes the fear from the patient. She is like a godly figure for us.Many thanks to Ma'am.