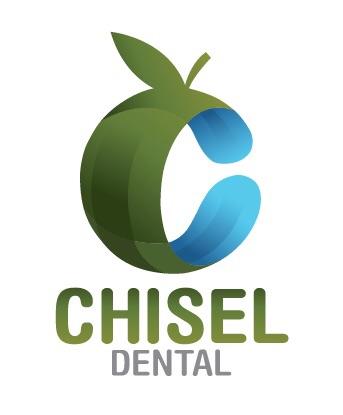 We are a state of the art dental facility located in Koramangala, Bangalore. After being first established in Ulsoor in 2004, chisel dental expanded to multiple locations across Bangalore. A decade down into the journey, the evolving need and urge to provide personalized and high levels of care to each patient resulted in the amalgamation of all branches into one main center at Koramangala, the heart of Bangalore. The goal was to ensure the constant presence of highly experienced and skilled dentists with latest technology and equipment- all under one roof. With a multi disciplinary approach, the patients have simultaneous access to all dental specialties. Our priority was and has remained our patients and providing them quality dental treatments through proper treatment planning.

Hoped for better: Treatment satisfactionExplanation of the health issueValue for money

Chisel Dental replied
Hi Mr ; I generally don’t reply for the reviews; positive or negative at this stage of my profession. However; this blatant misrepresentations of the facts in this case from your side has pushed me to reply to the same. Please note the following points and hope you also self-evaluate: a) Both of Us are very well aware that this was a case to be done under General anesthesia due to multiple deep cavities and you already did have 2 similar opinions about the same. The first time Antibiotics and pain killer were given and treatment was not done on your first visit. b) Unlike you are putting across; you also know there is no full mouth x-ray for the child and in the clinic we had tried for more than half hour to get the OPG xray done in the first visit which was not possible as the child was un-cooperative and only around 3 yrs old. So being dependant only on your subjective symptoms and insistence that the child has pain only in the lower teeth; your treatment plan was given on first day. c) Since you hadn’t opted for Gen anesthesia till then and wanted to avoid it; seeing the plight of the mother and the child with unbearable pain i could not refuse to do the case the next appt morning. It is only because of the experience in years and our MDS degree training in paediatric dentistry that we could complete the case in 30 mins with the help of 3-4 assistants and requesting all the other patients to wait as we gave priority to the child. It is definitely not for the 2500rs we charge for a kids root canal... d) After 3 days; you came again and were very specific that the pain is in that RCT treated tooth only. On checking for symptoms and any tenderness on tapping on the tooth i had clearly told that; that tooth is fine and the problem could be because of the other deep cavities. As he was not co-operating for the xray scan on that day also; on your insistence and consent we had to remove that tooth and we had a recall appt. After 2 days on Wednesday. e) You did call up on Tuesday; which is our weekly off; and spoke to the staff that child is still having pain and so you want to cancel all appointments. At the time you accepted that as the pain is in upper tooth now and that you did not anticipate while removing the lower tooth that the pain could have been in the other tooth also. If you would have been a little patient to accept our diagnosis that day and been under observation instead of removing that tooth; better treatment would have been possible for that child. It is clear now that only after removing did you acknowledge that it didn’t occur to you that pain could be in another tooth which was the actual case. As instead of working together to help the child you were focussed on blaming the procedure done and on removing that tooth as the solution to your issue. Where is the justification for this entire episode created;and an experience i haven’t come across in the 20years of my profession;and pls understand we also without proper xrays for these small kids we are purely dependant on signs and subjective symptoms from parents and good parent attitude is definitely a boon.Anyways;wish you all the best for your future treatments. - Dr Sumanth Shetty
V
Vrushali Berde (Verified)
In-clinic
2 years ago

Chisel Dental replied
Hi Kiran; As your complaint was pertaining to wisdom tooth; X ray is mandatory to give an informed consult. Only in elective treatments like a regular scaling or an old patient whose earlier Digital x ray record is with us do we not recommend X ray. Secondly; at a consult we do a complete evaluation and not just what the patient sees as then there would be no justification to the consult and our records also show the entire treatment required.However; if we have not met your expectations we will definitely look at how to improve ourselves which is a constant endeavor even if its 20yrs in this field. You do have cavities on both sides and wisdom tooth on both sides. Finally;each of Us have a set point of view and are entitled to the same-while we respect your view that the Senior Dr should see you 1st;our experience over the years and patients feedback has been that a resident dentist making a note of the history and clinical findings and taking an xray helps the Senior Dr to co relate all of the same and when he sees the patient he can give a definitive diagnosis and solution than guess work or Provisional Diagnosis and he gets the time to collate all of these BEFORE seeing the patient and then co relate. Due to the Pandemic;we do not wish to put the patient on chair unless really required a second time and definitely not for a wisdom tooth issue where we know the treatment is removal! Hope this clarifies the issue for you as your chief complaint shows pain in lower last tooth region and your file says removal of wisdom teeth and 2 small fillings ... Regards; Team Chisel
Show all stories(8435)

A: There is a imaging service at the clinic

A: About 10 patients can be seated in the waiting area

A: Credit cards and debit cards are accepted at clinic