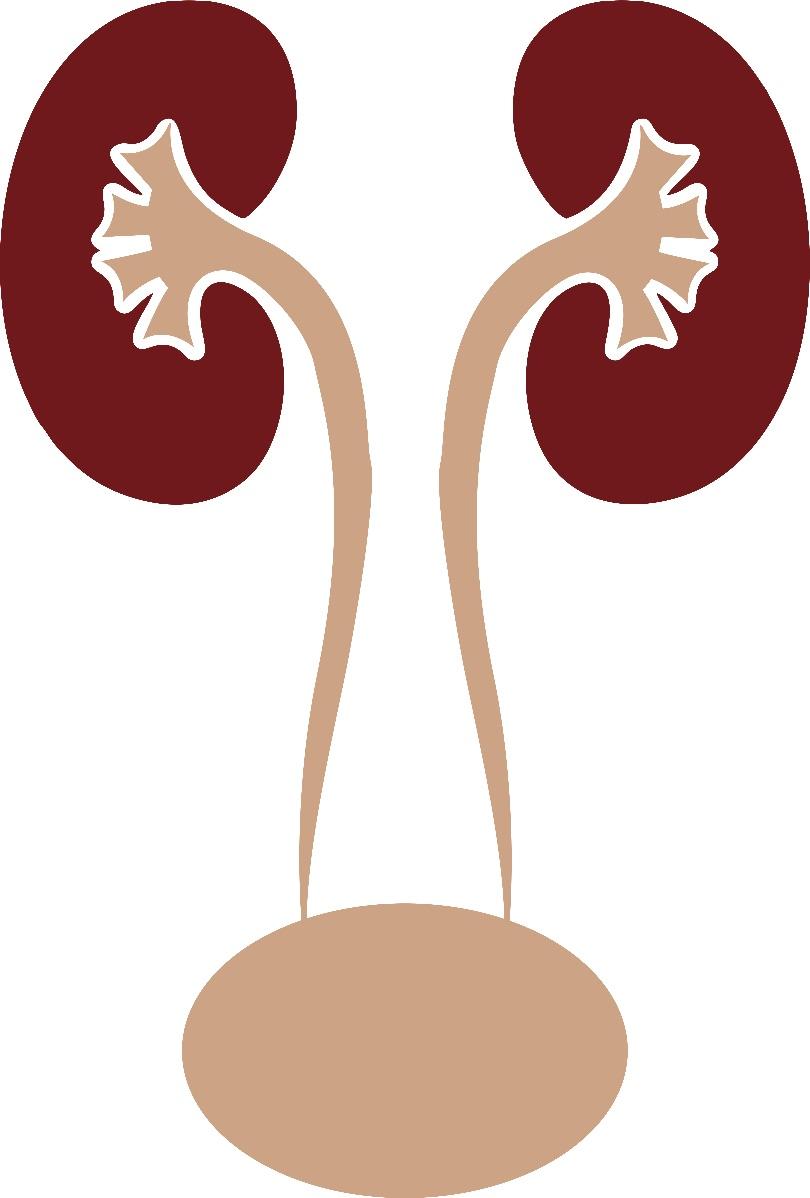 Get Directions
Patient Stories for Matoshree Kidney Stone Center & UroNephro Clinic
These are patient’s opinions and do not necessarily reflect the doctor’s medical capabilities. Read more
578 results
Sort By :
Most Helpful
A
Asha (Verified)9 months ago

The Treatment is done after listening to you very well on the symptoms , past data , reports . he will not prescribe antibiotics just for the sake of starting the treatment and he will make sure you get the right amount of medication and not more and not for more than the required duration.

during my treatment I had almost 3 UTI one after the other and the bacteria that was causing the UTI was different on the 3rd occasion . After taking medicines for 7 days the UTI was resolved and urine culture showed no bacteria. if you have recurrent UTI - you have to probably check once in a while if bacteria is there or not ..so out of curiosity I just did another Urine culture 4 days after the UTI treatment was completed and it showed E Coli bacteria present . I went to Dr and he asked me whether Urine sample was a home sample or did I go to the lab and gave the sample . I told him it was a HOME SAMPLE . He told me we should NOT rely on the home sample (as there can be many factors that may come into play like how the sample is taken to the lab etc) and asked me to repeat the test . to my surprise he was RIGHT and there was no bacteria found in lab test. I thank the dr for his advice as it avoided taking another round of Antibiotics which may have weakened by immune system in the long run.

The dr also provides you response via WhatsApp which has helped me immensely during these UTI days..

A
Ankit Jain (Verified)11 months ago

I had a stone in my right kidney which came out to the lower kidney tube. Those couple of days were horrible. I went to some fancy hospital and they told me around 2.5L for the treatment. Then my cousin asked me to consult Dr. Rajeev once. Let me tell you, he is the most polite doctor I have ever met. Very honest about his work. He listened to me with all the patience and advised what best at that time. I got treated for right kidney stone using URS done by Dr. Rajeev. The process was almost painless(some manageable discomfort after the operation).

Then comes the most difficult part. I had a 12mm stone in my left kidney. The option was RIRS and ESWL. Since the right side stone was very hard, ESWL wasn't looking like a good option. But since RIRS wasn't covered in my medical policy, he agreed to try ESWL on my request and said that he WILL NOT CHARGE if stone isn't broken(and then RIRS was the option). Can you believe a doctor meeting a patient for almost an hour, used his all expensive machines and still did not charge a penny. Doctors of such compassion and honesty are hard to find. I had first sitting done a week earlier and results looked very exciting. The stone is fragmented. So, I am going for 2nd sitting soon.

So, in short, I HIGHLY recommend Dr. Rajeev to anyone suffering from kidney stone. Your health will be in safest possible hands.

A
Anindya Basu (Verified)12 months ago

I had a 9mm kidney stone for which I consulted Dr. Bashetty. He very clearly explained all the options ( and their advantages and disadvantages ) that were available to me and advised which option was best suited for my specific case. He has a very assuring and compassionate attitude which put me at ease ( I was anxious :-) ) . I chose ESWL and I had three sittings ( my stone was quite a hard one ). In all the three sittings the procedure was done personally by Dr. Bashetty. Throughout the duration of the procedure he made sure that I was at ease and comfortable. Within one month I passed all the stone fragments and now I am stone free! There was some pain during the passage of the fragments , but was managed with the medication that Dr. Bashetty prescribed. During the course of my treatment he was ALWAYS present to answer any question or doubts that I had , however trivial or silly. Overall I felt that Dr. Bashetty is very invested in his patients ( as much as the patient himself/herself ). I am extremely grateful to Dr. Bashetty for taking such good care of me. Based on my own personal experience, I would very very strongly recommend him to anybody who has a similar problem.

Consulted Dr. Rajeev for my dad. Loved the seamless experience. While I was skeptical if the process being online, it was infact better than any in person consultation. No wait time. He was on time and very patient with my dad, made him comfortable to ensure all the issues are heard thoroughly. Very prompt solution and immediate response to reports and queries. Thanks again!

My husband developed kidney stones recently so had been to Dr.Rajeev courtesy Practo reviews. Dr Rajeev did live up to the wonderful reviews. He was clear in his approach and medications and also was available for a video follow-up. Where we have doctors insisting they get the scan done from their clinic only, Dr.Rajeev is a refreshing change where he leaves it up to you where you want to get the scans done. My husband is now fine and stone is passed too.

Dr. Rajeev is the kindest doctor on the planet I have ever met in my life. I have already recommended him to so many people in my network. I do not really give 5 stars to anyone unless they deserve. But this guy and his clinic deserves 6 stars. I heard somewhere that doctors are the incarnation of God and now a days nobody will agree upon it. But you know what, I blindly trusted him to anything that he said during my 1 month treatment with him because of the confidence and support he has provided and I must say he is an incarnation of God because of the good deeds that he has been doing in this real world. Now coming to my treatment, I had in total of 4 stones - 2 of them were stuck in the right ureter about 10 mm each, one in the right kidney of 5 mm and one in the left kidney approx 10 mm. I initially consulted him on 19th Jul when I got to know about the stones post severe pain and he advised me then to undergo URS followed by ESWL at his clinic. Then, a lot of my known friends and relatives asked me to undergo homeopathy, Ayurveda as they were effective plus I did not have a life threatening situation to undergo surgery. I took a call of avoiding the surgery and underwent the treatment with first homeopathy and the Ayurveda. After a month of no relief, there was almost no improvement (along with repeated tests of ultrasound and X-ray), I finally met Dr. Rajeev again and he still had a smile on his face and communicated the same procedure (URS for calculi in the ureter) and then ESWL in the left kidney stone after couple of weeks. He gave me confidence that it is completely a safe procedure with minimal discomfort. And in the next two days, I underwent URS at Narayana Multispeciality hospital with Rajeev being the surgeon. Let me tell you, the procedure went really smooth and in a day, I was all good. Then it was turn of ESWL procedure at his clinic. He told me to break both the stones in the two kidneys at the cost of one (Rs. 25,000). Have you heard of doing that from a doctor? I mean what else could you expect from a doctor? He could have charged me 50K but he did not. ESWL procedure went extremely well in just one sitting and he was able to break 10 mm stone into fragments. I was able to pass them in urine in the next two weeks while doing skipping, jogging and fortunately after ultrasound, there was no kidney stone found in the right kidney as well! Which means ESWL sitting was not required anymore. Finally, after one month of URS surgery, it was time to get the two DJ stents removed. I was little scared about this as I have heard reviews from people globally that it is a moderately painful procedure and next 2-3 days are horrendous. But again, this man gave me immense confidence that I would not even feel anything during the procedure and post. Again, as he said, I was given strong sedation, and when I woke up after the stent removal procedure, I had just slight discomfort (not pain) for a few mins and then all good! I was discharged the same day from the hospital and today is the next day and I Already feel that nothing ever happened to me! I would like to share one more incident with him - Both of us share similar hobby, me being a travel photographer and he is a wildlife photographer. We chatted and shared our moments of joy during the 50 mins of ESWL session and it felt like I was just treated for 10 mins and doctor had already done the fabulous job of breaking the stones during ultra shock therapy! He has asked me to join him in his next wildlife sanctuary visit and I am looking forward to it. He has world class device at his clinic and this guy will be the finest and kindest of the doctors that you will ever meet in your life, so if you have kidney stones related issues, stop doing anything else and just go, meet him and get relief from this pain.I do not give detailed feedback but the world needs to know (not just Bangalore) A big thanks to the doctor and wish you all the best and success.

A
Abhinav Sharma (Verified)5 months ago

this was my first visit and i am satisfied and happy with doctor's patience as he explained my issues in detail and made me very comfortable. I look forward to the second consultation.

A
Avinash Damor (Verified)4 months ago

I would say excellent. Yep one should definitely visit him for his specialisation in Kidney stones without having any second thoughts.

I consulted Dr. Rajeev for severe UTI which was recurrent to me. during lockdown i again faced issues and he was available on video call. explained the problem to me clearly and assured me not to worry. within minutes i had my prescription with me.