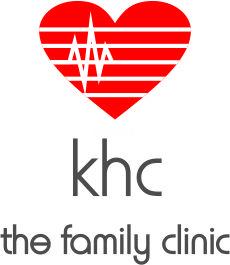 Doctor is very patient and will listen to the entire problem very patiently and will quality time which you would defenitely not find in majority of doctors. He could rule

Out the complete problem in one visit and recommended

The right treatment.Fortunately coz of which the patient was given right treatment at the apt time before the case could have gone worse.He also shows concern abt the patients And i felt he is doing this beyond his basic duty which I really liked abt him.so we can still say that even now in this world we have doctors who r not just not working for duty and have human values

Firstly, I booked a video consultation with the doctor but he wasn't willing to start a video call and kept texting instead. He did finally agree and asked me to get some tests done, after which he would prescribe the required medication. I also ended up booking an appointment for my brother to had similar symptoms and was asked to follow the same steps. When the reports arrived, I shared them with him immediately. However, it has been a day and I haven't received any response from the doctor whatsoever.

It is an absolute futile effort and does not justify spending all that money if I cannot even get a follow up, which is absolutely necessary.

Dr. Yatin Kukreja replied
Good Morning, I haven't recieved your report as yet. Your brother, did send me his report, to which I had responded. No response from him since then.
A
Ashish Tripathi (Verified)
In-clinic
9 months ago

I found my family doctor.

I recently traveled from Canada to india to visit my home town. My wife had some allergy reaction and we visited few local doctors and situations got worse. That’s when I looked online and searched and found Dr. Yatin luckily. Since then we had few consultation for me or my wife and every time doctor’s prescribed medicine worked effectively. Also thanks to friendly staff.

A: There is pharmacy, diagnostiC service at the clinic

A: About 7/8 patients can be seated in the waiting area

A: Credit card, debit card is accepted at the clinic