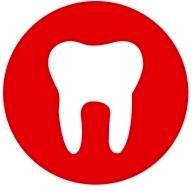 Dental Quest is a house of excellence in Dental Treatment with a complete range of Dental Treatments available under the single roof. Get the expert advice and get treated by the group of specialists resulting in better after treatment results. We deliver the best and affordable Dental Treatment in Dwarka. Services offered at Dental Quest are Dental Implants, Dentures & Crowns, RCT/Endodontics, Gums Treatment, Cosmetic Dentistry, Braces/Orthodontics, Extraction.Why choose us!1. Well experienced & specialized dental surgeons for each dental super specialty all facilities under one roof.2. We follow 3 tier sterilization protocol and use disposable instruments & materials wherever possible.3. We never Expose you with the dreaded disease like HIV, Hepatitis or other Nosocomial Infections.4. We use most advanced equipment and materials to guarantee utmost comfort! A homely environment with cozy ambiance.5. Emphasis on preventive and conservative procedures (man tries to replicate what God has provided.6. Proper scheduling of clients to optimize our efficiency & respect the Time of our clients.

Hoped for better: Value for moneyTreatment satisfactionExplanation of the health issue

He suggested some superior quality which will cost Rs2.5lac. As we refused to pay so hefty amount he offered a lower version of Rs1lac.

Dr. Ashutosh is just BDS and as I felt something f¡shy, went to another destist who is MDS and surprisingly she told me that the bridge removed was not at all required to be taken out. Thank goodness we did not go for the other side bridge. I paid Rs8000 but didn't go to this doctor after that. I am pretty satisfied with my new doctor.

Have advised a few of my known people to be aware as they were going to give this clinic a try.

Dr. Ashutosh and Dr. Shweta are extremely competent and professional dentists who explains about the existing medical condition and the required corrective actions and ensure to keep the patients updated with the treatment.

A quintessential gentleman. He made my root canal surgery so simple and precise. He has great knowledge and answered all the questions I threw at him with a lot of patience.

Any one wanting any dental treatment should definitely visit his clinc and eventually patients will overcome all the fear in their minds. Dental quest is very reasonable too in terms of pricing they have.

Dr Ashutosh and his clinic dental quest are fantastic with treatment and post treatment care. I have been coming here for last 2 years now for treatment o f me and my colleague . Dr Ashutosh understands your problem well and is very flexible with approach and that helps us to manage everything smoothly. I wish him and his clinic all the best.

Q: How can I take appointments for doctors in Dental Quest?

A: You can take appointments for doctors who practice in Dental Quest online on Practo.

Q: What do doctors who practice in Dental Quest specialise in?

A: Currently around 1 doctor practice in Dental Quest who specialises as dentist.

Q: What are the amenities that Dental Quest has?

A: Clinic has wheelchair and other facilities.