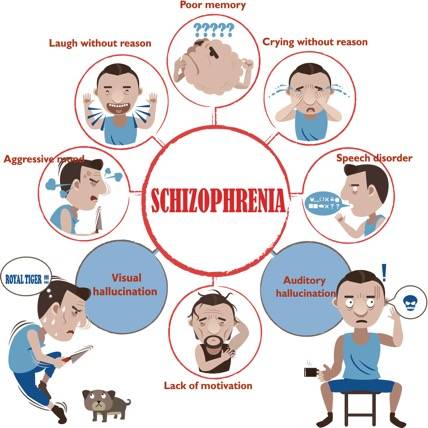 Among the numerous challenging mental health disorders, a most chronic and disabling one is schizophrenia. Noticeably, this disorder tends to run in families and seems to be inherited.

This disorder is characterized by hallucinations, delusions, disorganized thinking, coupled with incoherency in speaking, and irrational behaviour. People with schizophrenia usually have a difficult time managing their emotions and expressing them. They are often confused and struggle with making decisions.

It has often been observed that people with schizophrenia withdraw from the outside world, undergo frequent bouts of depression, and are at a high risk of committing, or at least attempting suicide when they suffer from psychotic breakdowns. A psychotic breakdown occurs when the person completely loses touch with reality and the world seems to be a disconnected set of jumbled up sights, sounds, smells and tastes. Often the patients who suffer from schizophrenia describe hearing voices, which are abusive, cynical, and vulgar. These voices in their heads are either their own, or belong to people whom they know.

Schizophrenia often occurs between the ages of 16 years to 30 years. Schizophrenia rarely occurs in children, although when it does (before 12 years),  the child may suffer from symptoms such as:

How does schizophrenia occur?

Schizophrenia does not suddenly begin overnight. People who suffer from schizophrenia undergo certain phases of the disorder before they exhibit the signs of full-blown psychosis.

The phases of schizophrenia include:

Prodromal phase: This is the phase when the early symptoms of schizophrenia slowly make their appearance in the person. Symptoms such as gradual withdrawal from people around and society at large, difficulty making decisions, constant anxiety, and trouble focusing or paying attention. There may be a sudden spurt of interest in matters of religion, philosophy, and spirituality.

In certain people, though, the symptoms may suddenly stop at this point. In others, they continue to advance.

The prodromal period can last for weeks or months. It should also be noted that though these symptoms are characteristic of the early stages of schizophrenia, they may also be caused by a variety of other mental ailments such. Also, if these initial symptoms occur during puberty, or in the early twenties, they are often dismissed as teenage mood swings.

These early symptoms of schizophrenia can very easily be confused with other mental disorders, such as, ADHD.

Mental health professionals consider this stage to be very important because if diagnosed early, these symptoms can be treated so that the condition never develops into full-blown schizophrenia.

This is the stage when the patient is psychotic. If left untreated, active psychotic symptoms can continue for weeks or months. The symptoms may turn acute, leading to the hospitalization of the patient for treatment, and supervision.

Residual phase: After the symptoms of the active phase subsides, symptoms similar to the prodromal phase begin. If the symptoms were few and not very severe during the prodromal phase, the residual phase too would follow suit. Unfortunately, more the number of breakdown episodes a person with schizophrenia experiences, the more severe the residual symptoms become. In other words, the person remains, listless, withdrawn and out of touch from reality for longer periods.

Therefore, it is highly important for a person to rigorously follow the medical treatment prescribed by the doctor, and keep a relapse at bay.

What are the subtypes of schizophrenia?

Schizophrenia is an umbrella term for a spectrum of psychotic disorders. All these disorders may share some symptoms but not all.

What are the causes of schizophrenia?

Who is prone to schizophrenia?

A number of risk factors can trigger schizophrenia, among them, are:

The positive symptoms are of three types:

The negative symptoms are of three types:

For the diagnosis, at first, it would be wise to approach your family physician or a general doctor who will conduct tests and a physical exam to rule out the possibility of any medical condition, medication, and narcotics abuse which can be the cause of the symptoms. The tests can also include MRI or CT scan, apart from tests to check any form of drug or alcohol abuse.

Once the other possibilities have been ruled out, the doctor may suggest a psychiatric evaluation and refer you to a psychiatrist.
A psychiatrist evaluation includes the psychiatrist asking you about your personal, family, as well as medical history. He will ask you in detail about your thoughts, feelings, moods, any unusual experiences you may have had, such as, seeing things or people, who others are unable to see, or if you hear any voices either criticising, or abusing you, or asking you to do things.

Following the discussion, if the doctor thinks it fit, he may use the Diagnostic and Statistical Manual of Mental Disorders (DSM 4-TR or 5) scale, which is commonly used for the formal diagnosis of most psychiatric disorders.

According to the DSM 4-TR or 5 scale, to be diagnosed with schizophrenia, the patient must have experienced at least two of the following symptoms:

The patient should have experienced the disturbing symptoms for at least 6 months, with one month of continuously active symptoms. The most significant symptoms the patient experiences must include, social withdrawal, and occupational problems, for a prolonged period of time.

Apart from DSM 4-TR or 5 scale, the doctor may also take the help of Positive and Negative Syndrome Scale (PANSS), which helps to gauge the severity of schizophrenia episode.

Each of the positive and negative subscales in the PANSS scale, contain 7 items (P1 – P7, N1 – N7).  The General Psychopathology subscale contains 16 items with an emphasis on cognition (G 1 - G16). 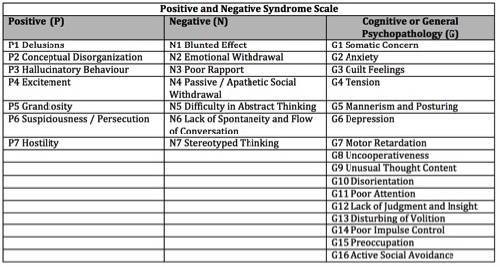 Each item is scored from 1-7 based on the presence and severity of symptoms:

To gauge the depression level in the patient with schizophrenia the doctor may use the Calgary Depression Scale for Schizophrenia (CDSS).

Therefore, for the final diagnosis, the patient will need to undergo a clinical interview, in which his affective, motor, behavioural and cognitive functions will be observed based on the questions asked by the doctor pertaining to DSM 4-TR or 5, PANSS and CDSS.

What are the complications of schizophrenia?

If left untreated, schizophrenia can result in a number of complications such as:

What are the side effects of schizophrenia drugs?

For schizophrenia usually antipsychotics are prescribed, and the dosage is constantly adjusted until the side effects become minimal. This is also achieved by sometimes changing the drug itself.

The usual side effects of the schizophrenia drugs include:

How to manage your schizophrenia?

Schizophrenia can be successfully treated and managed, provided you are willing to help yourself, have a strong support network, and follow the right treatment. You can live a happy and fulfilling life, have satisfying relationships, be creative, and be a contributing member of your community no matter what the challenges you face at the moment.

You can manage schizophrenia with these few, simple guidelines:

What is the treatment for schizophrenia?

Schizophrenia requires long-term treatment, and patients are advised to continue their treatment even when they become free of their symptoms so that they can avoid a relapse.

You may be given anti-psychotics if you are diagnosed with schizophrenia, however, anti-psychotics are not a complete cure for schizophrenia. They at best reduce the psychotic symptoms such as hallucinations, delusions, paranoia, and disordered thinking. They are not helpful for treating negative symptoms such as social withdrawal, demotivation, and lack of emotional expressiveness.

The best way therefore to treat schizophrenia is to combine medicines with talk therapy or psychotherapy, family and social support, and lifestyle changes.

A number of psychological therapies can help you immensely if you suffer from schizophrenia. These include:

Research evidence shows that exercise will not only promote your physical well-being but also your mental well-being. 75% of schizophrenia sufferers also suffer from a range of physical health problems such as heart disease, strokes, cancer, and diabetes. Damaging lifestyle habits, such as leading sedentary lifestyles, smoking, drug abuse also contribute largely to the physical illnesses of people with mental illnesses. Exercising helps to reduce stress, improve relaxation and sleep patterns and improve mood. It helps to improve the mood, elevate depression, motivation and self-esteem. Exercises such as running, swimming, yoga, and weight training can help people with schizophrenia tremendously. It can help with sleep issues and people with schizophrenia often suffer from sleep issues.

Would you like to consult a doctor for Schizophrenia ?
Find a Doctor 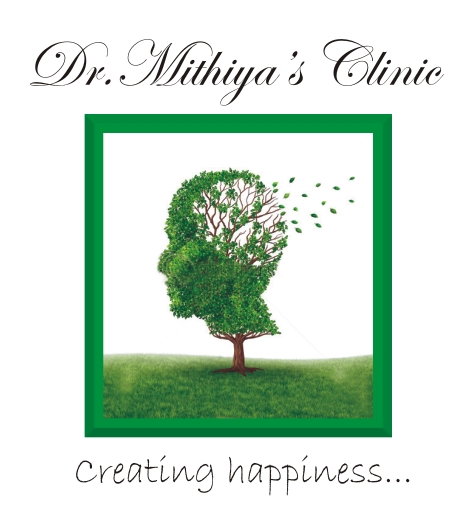 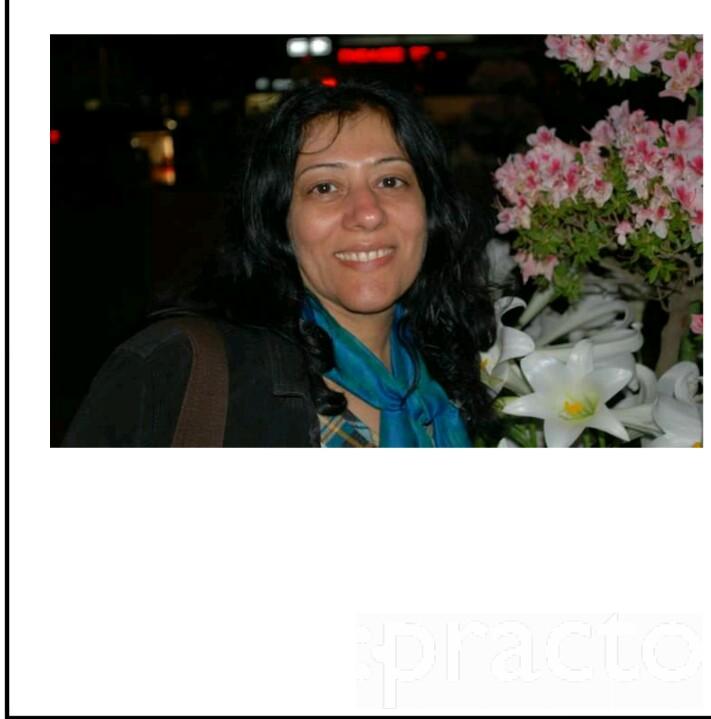 It affects everyone at an equal rate

Schizophrenia affects men and women, of all ethnicities at the same rate around the world.

Men tend to develop schizophrenia between 15 years -24 years of age.

The symptoms of schizophrenia such as hallucinations and delusions usually begin between the ages of 16 years to 30 years. 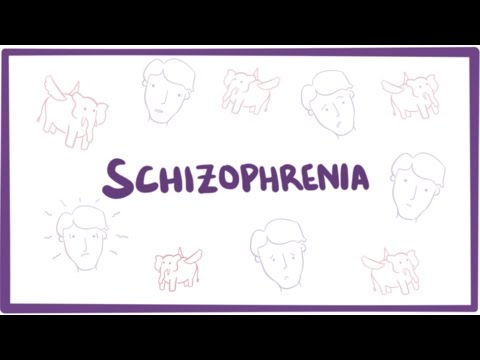 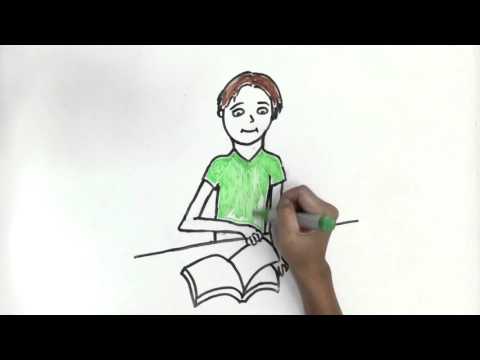