Contrary to popular belief, depression is much more than just going through a phase of “feeling low”. It is a severe mood disorder and a mental health condition that impacts the physical, emotional, and mental health of a person. Clinical depression has the power to affect your thoughts, behaviour, feelings, and disrupt your actions, habits, and day-to-day life.

This serious mood disorder affects more than 350 million people across the globe. According to the World Health Organisation (WHO), depression is a leading cause of disability in the world and also one of the foremost “contributors to the overall global burden of disease”.

At its worst, it can compel people to commit suicide.

To understand depression it is important to understand what causes this disorder in the first place.  The World Health Organisation (WHO) states that depression is a complicated combination of various psychological, environmental (connected to social and family environment), and biological factors.

For instance, a child exposed to a very severe and abusive childhood may grow up with little or no self-confidence, and low self-esteem. A child who is repeatedly criticised may find his perspective or views of the world coloured by negativity.

The constant negative thoughts can make an individual act in negative ways, which can create difficult situations in life, causing the individual to suffer emotionally and mentally.

Environmental Factors: A number of situations in the immediate environment of a person can affect his/her mental health and emotional well-being. Situations such as:

Biological Factors: An oft-stated theory is that clinical depression is caused by an imbalance of chemicals in the brain.

The drugs prescribed by doctors are an attempt to bring about a balance in those chemicals. Whether this imbalance of chemicals is a cause of depression or not remains a topic of dispute, but what has been observed is that when a person becomes depressed there is a reduction in the amount of certain neurotransmitters (such as serotonin and norepinephrine) found in the brain. Once the depression lifts from the person, the chemical imbalance returns to normal.
Apart from the above mentioned major factors which contribute to depression, another important factor is family history. Research shows that people whose parents or siblings suffer from depression are three times more likely to suffer from this disorder.

What are the types of depression?

Depression can take many forms and can differ from person to person. Being aware of which type of depression you suffer from can help you to get the most effective form of therapy and treatment and help you to manage your symptoms.

Who is prone to depression?

According to the World Health Organization (WHO), depression is a leading cause of disability.  a major contributor to global disease and it leads to suicide — and some people may be prone to it more than others.

What are the risk factors that can make you vulnerable to depression?

Some of the most common risk factors that can lead one into depression are:

What are the symptoms of depression? How is depression diagnosed? A depressed person will display some unmistakable signs. If you notice any of these symptoms affecting you or your near and dear ones, you may want to consider seeking help either from your immediate support network which can be your family or from a professional counsellor.

Very often what stops us from seeking help, is the social stigma attached to counselling or psychotherapy. This is a mental block that needs to be overcome. Going for counselling or psychotherapy is not always because of mental instability.
Just as you take medicines when you have a fever, depression too is a problem for which you require mediation if not medication, though, sometimes medication too is prescribed.
Mediation can come from your immediate family members, or friends whom you trust. You can open up to them and ask for their emotional support during your difficult phase.
Alternatively, you can opt for counselling or psychotherapy, which can work wonders for you and help you regain your self-confidence and clarity in life.

Very often, the counsellor or psychotherapist is able to provide you with a viewpoint to move your forward in your life from its stuck position, by virtue of being a complete outsider with no preconceived notions or judgements about your situation.

Some of the symptoms of depression include:

If you are depressed you will experience immense sadness, and hopelessness, for prolonged periods and may have some of the following repetitive thoughts which cause the emotional disturbance:

When you are depressed you will behave in a way which is not normal for you, for instance:

Depression can make you feel confused and impair your ability to think clearly and even affect your memory. You may feel like:

Your depression will also show physical symptoms and you may complain to yourself in the following ways:

A few other noticeable symptoms include:

Firstly, your family doctor may ask you to undergo a blood test to rule out the possibility of health conditions, which can give rise to symptoms mimicking depression, such as diabetes, or thyroid disorder. Once physical ailments are ruled out, you will be referred to a psychologist, psychotherapist, counsellor, or a psychiatrist for therapy who will ask you questions to find out about your symptoms. The questions can be about your lifestyle and habits, your daily behaviour, and your current situation in life.
Once the symptoms are established, the doctor will use a standard set of questions to find out whether what you are suffering from is depression.
Based on the level of your depression you may be prescribed antidepressants and therapies.

What are the complications of depression?

If left untreated, depression can get worse and can result in complications which will affect every area of your life such as emotional, mental, behavioural, and physical.
The complications include:

What is the treatment for depression? 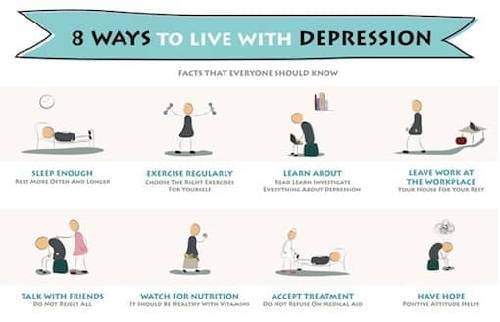 Psychological treatments are also known as talk therapy, which can help you identify self-sabotaging thinking patterns and behaviour. The therapies can work wonders to bring about positive transformations in different areas of your life. The different forms of talk therapy include:

Regular exercising can vastly reduce the symptoms of depression.

Exercising will not only make your immune system stronger but will also release feel-good chemicals in the brain. Exercises such as swimming, cycling, jogging, can boost your activity level and make you feel fresh and energized. Activities such as gardening, washing your car, a walk around a park with your pet, too can uplift your mood. Yoga and Tai Chi too are well- known for great mental and emotional benefits, apart from physical.

Exercising can, in fact, prevent depression from recurring.

If your depression level is moderate you may be prescribed antidepressants along with psychological counselling.

If you suffer from very severe forms of depression such as bipolar disorder, or psychosis, you may be prescribed mood stabilizers and anti-psychotic drugs.

Would you like to consult a doctor for Depression ?
Find a Doctor 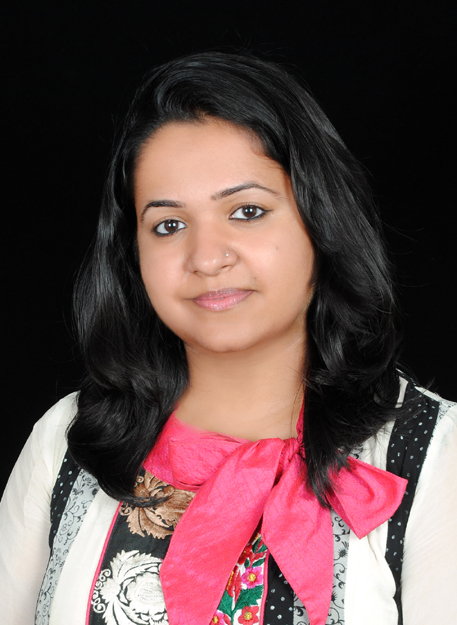 Amisha Mirchandani
Homoeopath, Thane
Hello I understand your concerns
We have many good homeopathic medicines for depression to treat it completely from the root itself without any harmful sideeffects that are part of conventional medicines
Please contact me directly or ask me at dramisha.com
Online consultation and medicines at your doorstep also available nationally and internationally also
Warm regards
Dr Amisha Mirchandani
Dr. Navya G
General Physician, Bangalore
Hi there. Everybody wil feel unhappy and low at times but if feeling sad for very long time den may be your suffering from depression. Symptoms of depression include Difficulty concentrating, remembering details, and making decisions, Fatigue and decreased energy, Feelings of helpless, hopeless and worthless, Insomnia, early morning wakefulness, or sometimes excessive sleeping, Irritability, restlessness, Loss of interest in activities which were pleasurable before, Loss of pleasure in life, Overeating or appetite loss, Persistent aches or pains, headaches or digestive problems that do not ease even with treatment. Persistent sad, anxious, or "empty" feelings, Thoughts of suicide or suicide attempts. Treatment includes relaxation exercises, discussing to your loved ones about your problem, psychotherapy, anti depressant medications, read motivational books, quotes. There are many online groups and site where people who suffered from depression and cured, help others to overcome depression. You can join such groups which help you to speak out. Please do consult psychiatrist, attend counseling. Don't attempt any life threatening activities.

Verified User
Depression
What are the symptoms of depression? How do you know whether a person is under depression and needs a consultation? 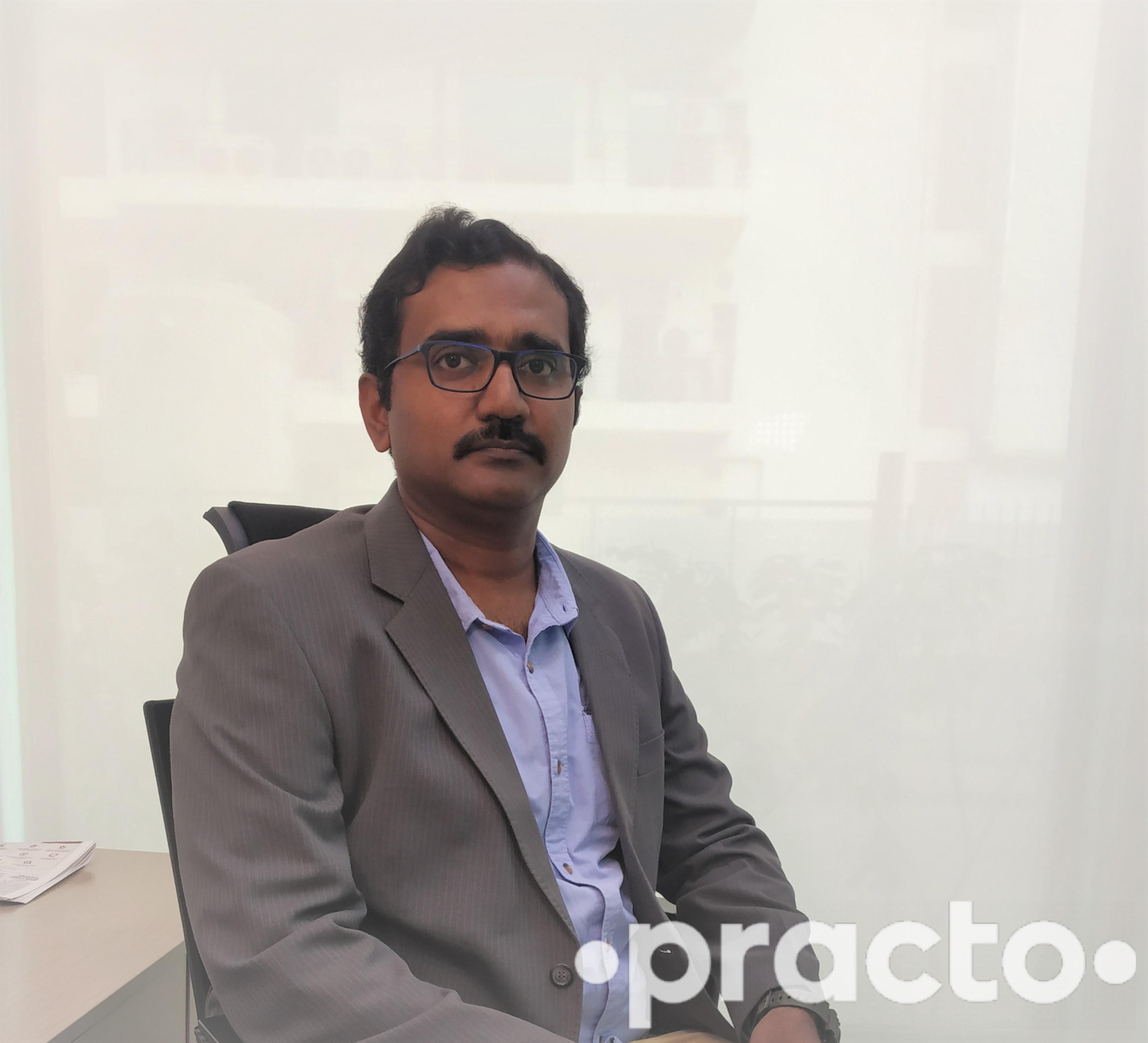 these symptoms should be present for at least 2 weeks to call it as depression.

However each individual can have different set of symptoms. Severity of symptoms varies. It can be mild, moderate, or severe. 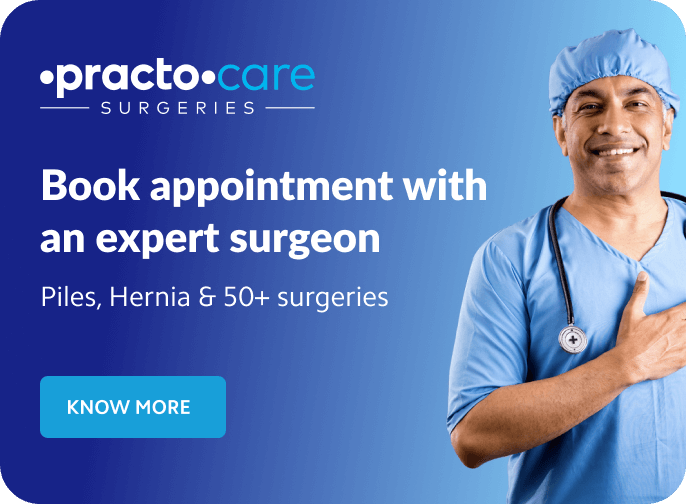 India is the most depressed country in the world

India has the worst rate of severe depression with a whopping 36% of its population showing symptoms of, loss of appetite, and a sense of worthlessness, for a duration of more than two weeks.

Suicide the second most common cause of death in India

In India suicide due to depression is the second most common cause of death among people aged 15 to 44 years. 80% of the suicide victims were literate, which is ironically higher than the national average literacy rate of 74%. On an average men in India commit suicide more than women.

Women suffer from depression the most

Women in India, are twice as likely as men to suffer from depression. 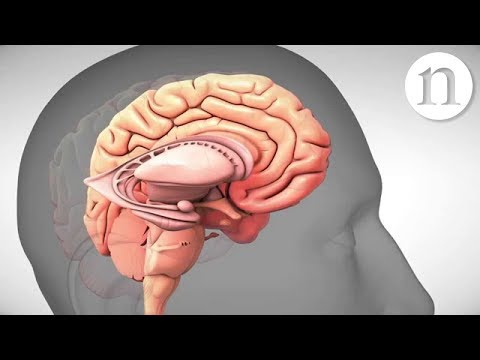 Depression and Its Treatment 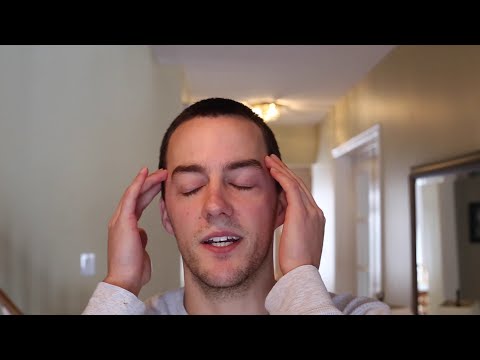