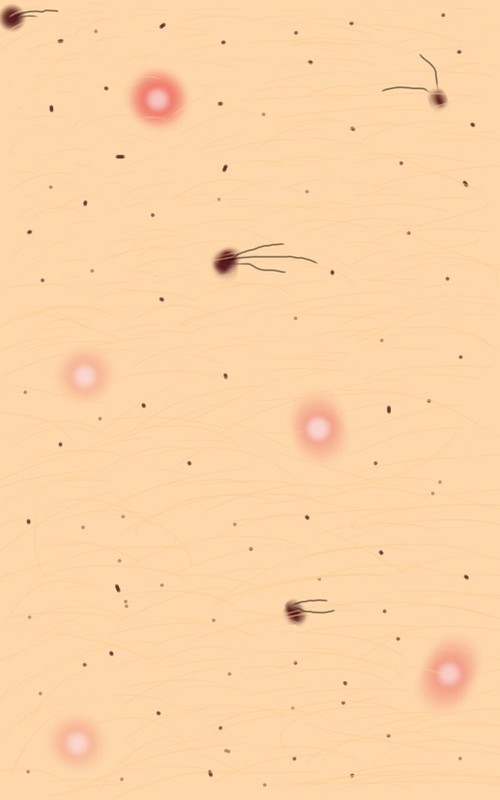 A pimple is termed as a skin condition in which the hair follicles become clogged with dead skin cells and oil. This condition often leads to the formation of blackheads, whiteheads, acne, and pimples across different regions of the body including face, neck, forehead, chest, legs, arms, back, shoulders, and even armpits. Pimple is one of the most common causes of the accumulation of dead skin cells & oil in the hair follicles. Though a pimple is most common in teenagers reaching their puberty age, it can also occur to people of all ages.

Depending on the severity of the pimples, it could lead to scarring on the skin along with emotional distress in some individuals. As such, it is recommended that earlier you would start the preventive measures & treatment for pimples, the lower will be the risks of any major problems.

How does Pimple Occur?

Some of the major points of causes of pimples include:

Pimples usually appear on the face, forehead, upper back, shoulders, and chest area. This is because these areas of the body tend to have the most number of sebaceous (oil) glands in the body. Hair follicles remain connected to the oil glands.

The hair follicle might bulge out and result in the production of a whitehead. In other cases, the skin pore might remain open at the surface and could darken due to the accumulation of dust particles and oil. This condition is referred to as “blackheads.” A blackhead might appear as dirt stuck in the skin pores. However, the skin pore is congested with excess oil & bacteria which transforms into brown color when exposed to the air outside.

Pimples appear as red spots with a distinct white center. This condition develops when the hair follicles become blocked with bacteria and thus, might get infected or inflamed. Inflammations and blockages that develop deep inside the hair follicles tend to produce cyst-like lumps just beneath the surface of the skin. The other pores in the skin layer –the opening of the sweat glands, are usually not involved in the development of pimples or acnes.

Who is Prone to Pimples?

Some of the factors contributing to the formation of pimples include:

What are the Symptoms of Pimples? How is Pimple Diagnosed?

The signs and symptoms of a pimple might vary on the basis of severity of the given condition. Some of the common signs include:

In addition to these common skin conditions, if you have been experiencing conditions like difficulty in breathing, tightness of the throat, faintness, and swelling of the tongue & lips; then it is high time that you must consult your doctor as soon as possible.

There is no specific diagnostic test for pimples. The doctor might simply check your physical traits and medical history towards diagnosing pimples.

What are the Complications of Pimples?

Scars that do not go away happen to be the most common complications of pimples. Scars happen when cysts or nodules of the pimples burst out and rupture the skin layer beneath –leaving behind an unsightly permanent scar. Scarring can also happen when you continuously prick or squeeze out the pimples.

What is the treatment for Pimples?

When you have tried OTC (Over-the-Counter) medications and still no result, then your doctor might suggest some strong medications depending on the severity of the pimples. Some of the most common topical medications that can be prescribed by your doctor include:

In some cases, the doctor might also suggest some useful therapies for treating pimples. Some of them are:

Would you like to consult a doctor for Pimple ?
Find a Doctor

leucoderma is a skin disorder in which patches of skin tend to lose its natural color.