What is Acute Coronary Syndrome?

Acute Coronary Syndrome (ACS) is an umbrella term used to refer to a group of conditions, including myocardial infarction (heart attack) and unstable angina, which arise when the blood supply to the heart muscle is suddenly blocked.

How does Acute Coronary Syndrome occur? 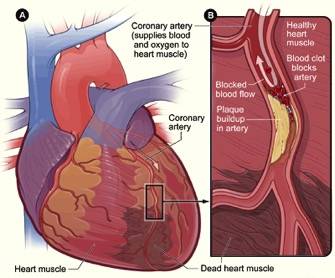 The heart is primarily made up of the cardiac muscle.

The coronary arteries are responsible for supplying oxygen-rich blood to all the parts of the heart muscle.

The heart then contracts rhythmically, to pump blood into the different blood vessels, which carry it to different parts of the body.

If any of the coronary arteries become narrow or blocked, due to cholesterol build-up and fatty deposits (a condition also known as atherosclerosis), the blood supply to that part of the heart gets affected. That particular part of the heart does not receive enough oxygen, and the tissue therein is at a risk of dying, unless the blockage is quickly removed. If left untreated, it can lead to a heart attack or unstable angina.

Doctors do not use the term Acute Coronary Syndrome while interacting with an affected patient. They usually use the term amongst themselves or in medical literature.

Who is prone to Acute Coronary Syndrome?

You are prone to ACS if you:

The ACS patients almost always complain of symptoms such as:

ACS is diagnosed with the help of an electrocardiogram, which reveals whether you suddenly suffered from a heart attack or whether you have angina. The electrocardiogram tests the heart’s electrical activity and measures the impulses. These impulses are recorded in the form of a graph on paper. The doctor checks the graph to see whether the heart is getting enough blood from the coronary arteries.

What are the complications of Acute Coronary Syndrome?

When the blood flow to the heart gets affected it may lead to a heart attack. In a heart attack parts of the heart muscle, which do not receive oxygen, withers and dies which is then replaced by scar tissue. The scar tissue cannot contract and pump blood. On the contrary, the scar tissue may swell out or expand, when the rest of the heart muscle contracts to pump the blood, putting more pressure on the active parts of the heart to pump blood. Less blood may get pumped as a result, leading to less oxygen circulation in the body.
This may result in low blood pressure, heart failure and death.

Also called irregular heartbeat, cardiac arrhythmias is a condition where the heartbeat is irregular. It is either too fast or too slow. This can occur due to many reasons.

At times, cardiac arrhythmias can lead to heart failure or cardiac arrest.

The mechanical complications after a heart attack or death of some tissue in the heart  include:

Pericardium is a tissue shaped like a two-layered thin sac which holds the heart in place, allowing it to perform its functions efficiently. The two layers have a small amount of pericardial fluid between them which keeps them from rubbing against each other. When pericarditis occurs the pericardium or the thin sac becomes inflamed and rubs against the heart. This causes chest pain and produces a rasping sound which is rhythmic that can be heard through a doctor’s stethoscope for around 2 days following a heart attack.

After a heart attack, blood clots form in the hearts of some people over the dead areas of the heart muscle. These blood clots can travel through the bloodstream and block passages impeding the blood supply to the rest of the body.

Other effects of ACS especially after a heart attack are shock, persistent depression and nervousness. A supportive family, breaking free from stress, and leading a healthy lifestyle goes a long way in managing and at times overcoming Acute Coronary Syndrome.

What is the treatment for Acute Coronary Syndrome?

Following a regular regimen of exercise for just half an hour can be extremely beneficial for your heart health. Exercising strengthens and tones your muscles, which includes your heart, which is actually made of a muscle. It will keep your heart fit, helping it to pump blood and distribute it efficiently throughout your body.

It is advisable to consult with your cardiologist before starting an exercise regimen.

If only medicines do not suffice to restore normal blood flow through your arteries the doctor may suggest the following procedures:

Would you like to consult a doctor for Acute Coronary Syndrome (ACS) ?
Find a Doctor

Verified User
Ischemic heart decrease
My father had acs-ntems . and EF 34% N
.AND NO obus clot is it necessary of CAG.
Lv dysfunction. Please suggest 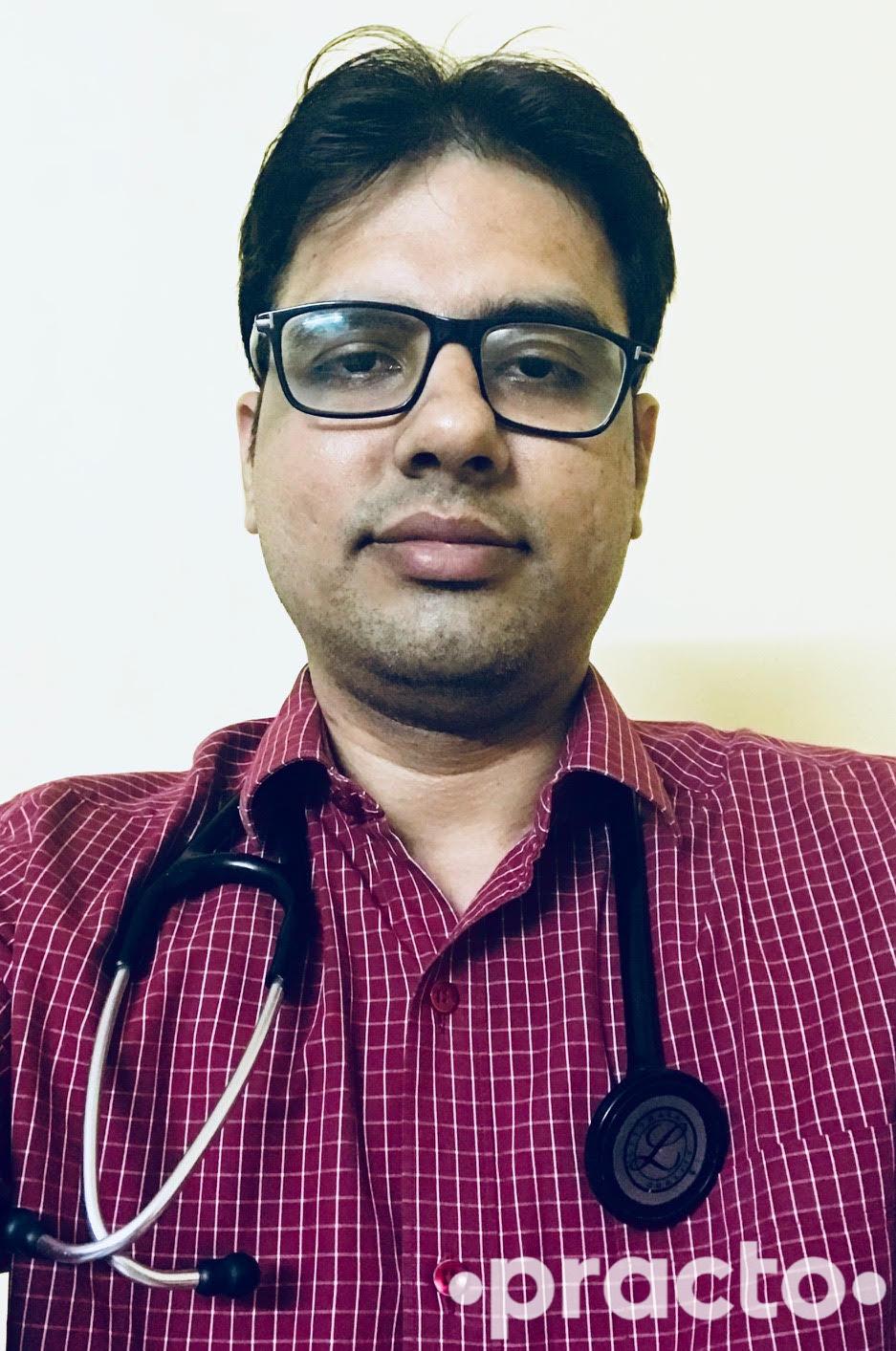 Verified User
Heart attack
Final Diagnosis:- ACS, ACUTE INFEROLATERAL WALL MI, OXIMETRY+CAG-TVD-PTCA+STENTING TO CULPRIT VESSEL LCX WITH ONE STENT (28/11/2017 AT 7.00 P.M.) Doctor suggests us for bypass surgery after 42 days. So what I do??? 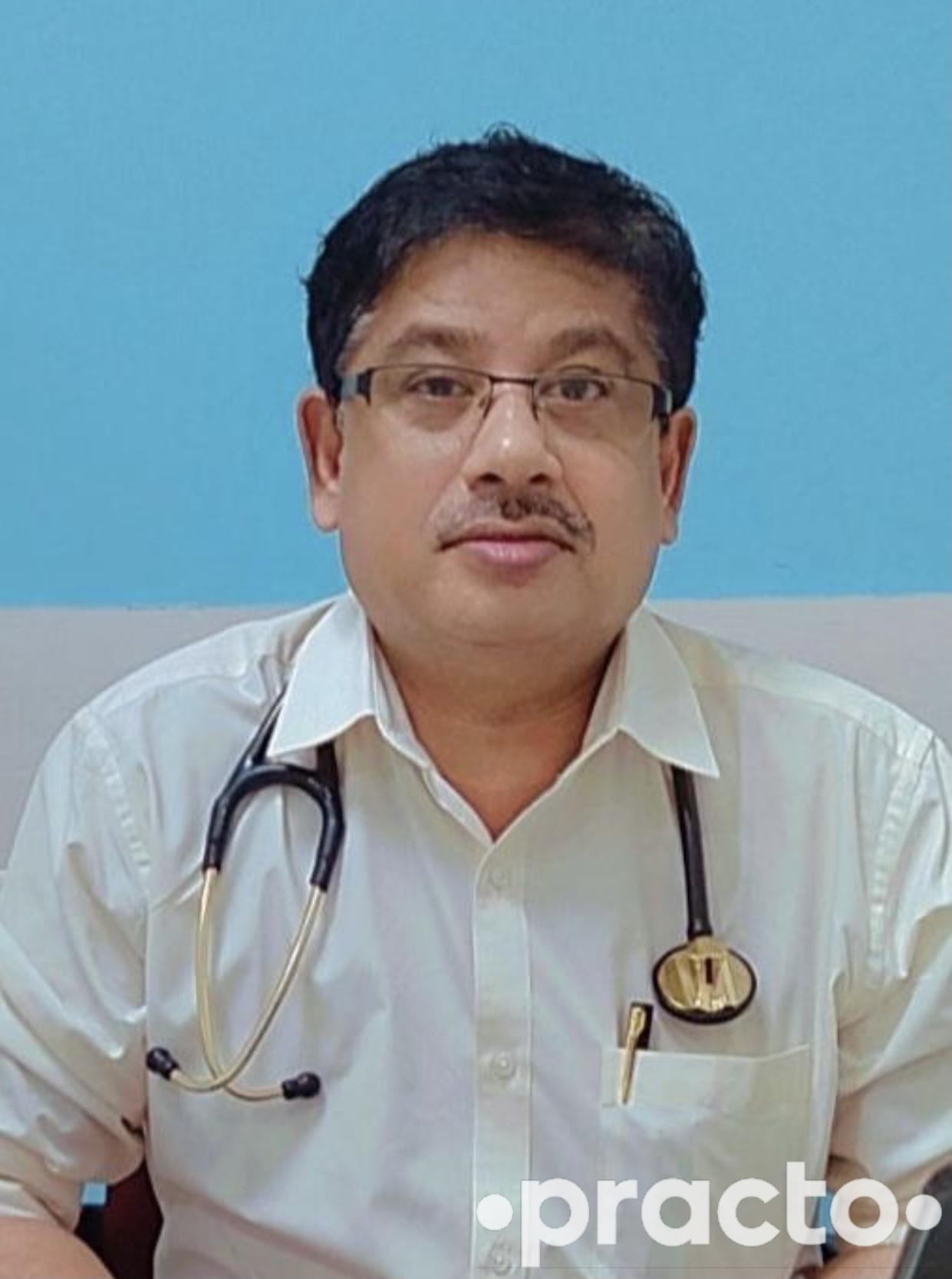 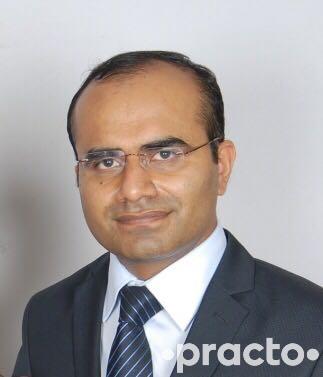 Dr. Sunil Kumar S
Cardiologist, Bangalore
I need to see the angiogram videos and discharge summary before giving you appropriate advice. Kindly collect angiogram CD and discharge summary from the hospital and see me at Namma Clinics, sahakarnagar if you are residing close by
Ask health queries and get free answers from doctors in 24 hrs
Ask a Free Question

India as the highest number of ACS cases

India carries the highest burden of ACS in the world. It is seen that Indian patients with ACS have a higher rate of major ( as opposed to minor ) heart attacks, often proving fatal.

It has been generally observed that men in India suffer from ACS four fold more than women. This is of course taking into consideration the fact that women approach the doctors much later than men, since they seem to have more tolerance of pain than men.

The age range of the patients in India with ACS is 31 to 81 years old with the average age being 55 years. The risk of ACS increases with age. 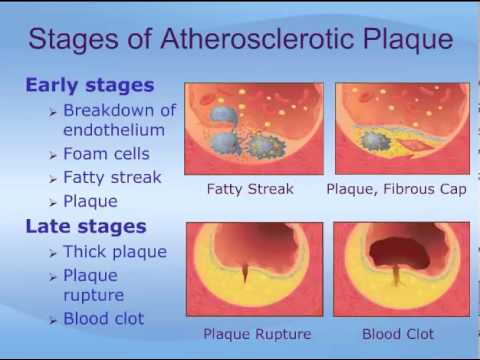 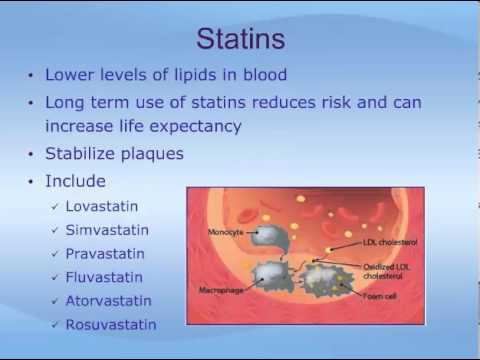 This condition is named after the famous anatomist Charles Bell who was the first to connect these symptoms to facial nerve involvement. Bell’s palsy is a neurological disease that affects the nerves controlling the facial muscles.

A ligament tear is the injury to the LCL (Lateral Collateral Ligament) located in the knee joint.

Consuming green, leafy, fibrous vegetables and all kinds of fruits and nuts. Vegetables such as, broccolli, carrots, bell peppers, tomatoes, potatoes, asparagus, and green leaves such as spinach leaves,contain high amounts of potassium, vitamin B, antioxidants and fiber which help in pushing out the unhealthy cholesterol from the system. All the fruits are in general good for the heart. Special mention needs to be made of pomegranates and bananas. Pomegranate is one of the most prominent heart protective fruits. This fruit is rich in antioxidants which can not only prevent but also reverse cardiovascular disease. Bananas are equally good for the heart health as they are rich in potassium. They help the blood vessels to relax and widen in the body so that the blood can smoothly flow through them, unhindered.