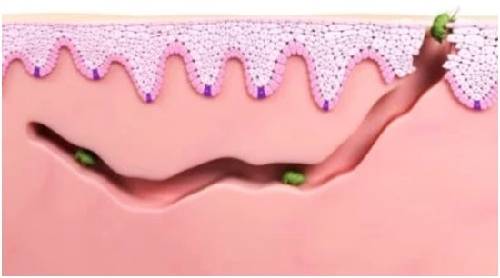 Scabies is an infestation of tiny mites called Sarcoptes scabiei in the outer layers of human skin. They dig tunnels or burrows underneath the skin's surface which causes the skin to become itchy. The mites belong to arachnid family, (the same family that includes spiders and ticks) and cannot be seen by the naked eye. They can be seen through a microscope only when they are fully grown.
The intense itching that results from scabies cause a red rash, that is thought to be caused by the immune system reacting to the mites, their eggs, saliva and droppings.

Scabies is caused by the female mites which dig under the top layer of skin to lay eggs. They die after about a month. Once the eggs hatch, new mites start growing and come to the skin surface. Underneath the skin, females mate with the males, following which the males die, and the females dig further under the skin to lay new eggs. This life cycle of the mites keep going on. It takes two to three weeks for the symptoms to show up after the mites have entered your system.

Who is at a risk of contracting scabies?

Those who are prone to scabies include:

What are the symptoms of scabies?

The symptoms of scabies include:

In which parts of the body do the symptoms of scabies appear?

Scabies rash can appear on any part of the body. The most common sites are:

Infants and young children may have scabies rash on their head, face, neck, palms, and soles.

How is scabies diagnosed?

Your family doctor or a general practitioner can easily diagnose scabies by looking at the skin condition and burrow marks of the Sarcoptes scabiei mite along the skin.

Since scabies spreads easily, other family members could also be infected easily, which makes the diagnosis easier for the doctor.

However, to rule out other skin conditions such as eczema, your doctor may ask you to undergo an ink test, in which ink is rubbed around an area of itchy skin, before being wiped off with an alcohol pad. After being wiped off, in cases of scabies, some of the ink remains, prominently showing the burrows dug up along the skin by the mites as a dark line. A skin sample may also be taken from you to test for eggs and mites.

If you have been diagnosed with scabies, the doctor may also ask you to go to a sexual health clinic to get yourself tested for sexually transmitted infections (STIs).

What are the complications of scabies?

The complications of scabies include:

What is the treatment of scabies?

If you have scabies the doctor will in all likelihood suggest the other family members also get treated as scabies infestation spreads easily. You will be prescribed oral medication as well as creams for topical application.

Would you like to consult a doctor for Scabies - Meaning, Treatment and Symptoms ?
Find a Doctor 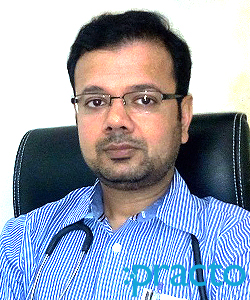 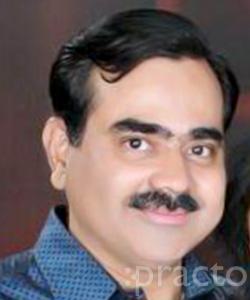 Women affected by scabies in India

Females affected the most by scabies in India are between the ages of 10-14 years old.

Prevalence of this disease seems to be higher among women than in men.

Scabies Treatment- How to Get Rid of Scabies 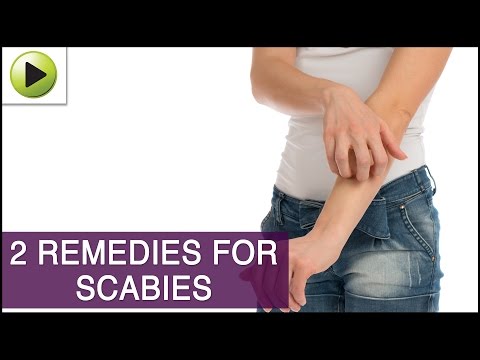 Tuberculosis is a potentially dangerous bacterial disease, affecting the lungs and is caused by an organism called Mycobacterium tuberculosis. Know more about Tuberculosis, its causes, symptoms, treatment and other useful facts, on Health-Wiki | Practo

Tea tree oil is an effective topical treatment for scabies since it is antiseptic, antiparasitic, antibacterial, antifungal, relieves itching and heals the rash on the skin. Apply tea tree oil on the affected areas at least twice a day till you get relief. Please Note: Do not use tea tree oil if you are pregnant.

Apply neem paste or pure neem oil directly on the affected area and massage gently until the oil penetrates deep into the skin. The smell of neem stops the mites from reproducing. After around half an hour take a bath with warm water. This will stop the infection from spreading quickly.

Mix a cup of cayenne pepper in hot bath water. Soak yourself in the water till the water becomes cold. Take care not to get the water in your eyes. Once the water cools off take a shower to rinse of the cayenne pepper.

Add a few drops of lemon juice to one tablespoon of turmeric powder to make a thick paste. Apply the paste on the affected part and leave it on for about an hour. Rinse the mix off with warm water. Repeat this process till you get relief. You can also mix turmeric with neem powder and water instead of lemon juice.

Mix equal amount of white vinegar and water and apply on the affected areas of the skin. Leave it on for around 20 minutes and then wash it off with warm water. Repeat this process twice daily till you get relief.