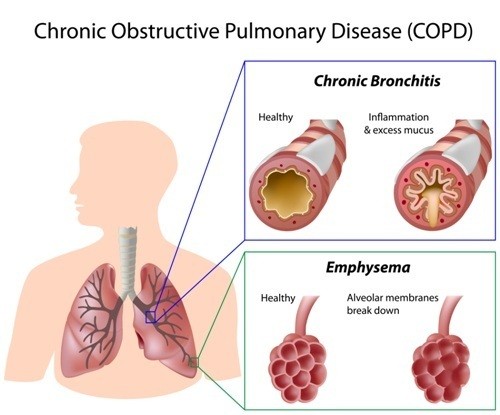 Chronic Obstructive Pulmonary Disease (COPD) is an umbrella term, used to describe a group of progressive lung diseases, including emphysema, chronic bronchitis, refractory (non-reversible) asthma, and some forms of bronchiectasis. Most people with COPD usually have both emphysema and chronic bronchitis.

COPD causes obstructed airflow from the lungs and results in symptoms such as shortness of breath, chronic cough, and wheezing.

Symptoms may be mild at first, beginning with coughing and shortness of breath. As the disease progresses, it can become increasingly difficult to breathe.

How does COPD occur?

COPD is mainly caused by cigarette smoking. The longer one smokes the greater the risk of contracting COPD. Regular inhaling of second-hand smoke can also cause COPD.
Prolonged exposure to air pollutants, dust, workplace fumes, biomass smoke such as wood smoke too are causes of COPD.

When we breathe in, oxygen-rich air goes down the windpipe and into small bronchial tubes or airways located in the lungs. These bronchial tubes branch off into numerous tinier tubes which are known as bronchioles. At the end of the bronchioles are some small, round air sacs called alveoli, which have tiny blood vessels known as capillaries. When the air enters the alveoli, oxygen travels through the capillaries and then into the bloodstream and carbon dioxide moves into the alveoli so we can breathe it out.

What smoking or air pollutants do is damage the walls between the air sacs so that they become weak over time, and their walls break open. This creates one large air sac, instead of the multiple tiny ones making it more difficult for the capillaries to absorb enough oxygen and for the body to expel the carbon dioxide. As a result, the affected person struggles to breathe.

What are the causes of COPD?

The causes of COPD include:

Who is prone to COPD?

People who are prone to COPD include:

What are the symptoms of COPD? How is COPD diagnosed?

The early symptoms of COPD include

As lungs get more damages the symptoms become more severe:

In advanced stage the symptoms of  COPD include:

A general practitioner can diagnose COPD, however, if your condition is too severe he may refer you to a pulmonologist. The doctor will start the diagnosis by asking you about your habits such as smoking, your lifestyle, i.e., if you are exposed to secondhand smoke, air pollution, dust, and chemicals on a daily basis, and your past medical history. He may suggest you undergo some tests such as:

What are the complications of COPD?

The complications of COPD include:

What is the treatment of COPD?

If smoking is the cause of COPD, the doctor will ask you to stop smoking immediately. He may then, based on the severity of your condition, prescribe bronchodilators which are to be taken with inhalers. Bronchodilators relax the muscles around your airways, antibiotics, inhaled steroids, and oral steroids. If your condition is very severe, the doctor may further suggest oxygen therapy and pulmonary rehabilitation program. For extreme cases, surgery may be required, which can include lung transplant.

It may seem difficult to exercise as you have trouble breathing due to COPD, but exercising regularly can improve your overall strength and endurance and also strengthen your respiratory muscles. It is highly advisable to discuss with your doctor which exercises will be appropriate for you.

Exercises which are usually recommended for COPD patients include walking, cycling, Tai Chi. For people with mild COPD jogging, rowing, skating, water aerobics are some good forms of exercises.

Would you like to consult a doctor for COPD ?
Find a Doctor

Verified User
I have COPD.
Along with COPD, there is a breathing problem. I would like to discuss about the use of BiPAP machines along with oxygen intake for my situation. should I use BiPAP AVAPS(average volume assured pressure support) or should i just go with BiPAP.

Dr. Amruth Sindhu
Pulmonologist, Bangalore
Ya you need to understand that it is a clinical decision where other things also needs to be considered.

Verified User
Differnece between Asthma and COPD
How can you differentiate between asthma and COPD.
What are the complications associated with a COPD patient undergoing surgery? 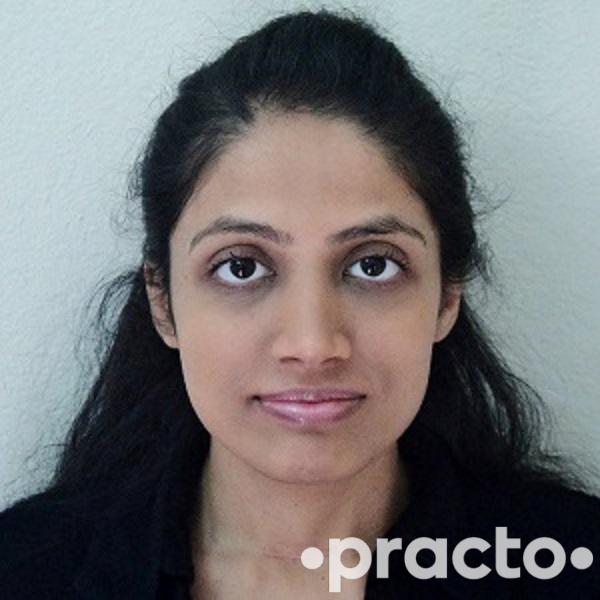 Dr. Namrata Jasani
Pulmonologist, Mumbai
A pulmonary function test is required to differentiate between asthma and COPD along with clinical history. COPD has to be well controlled before surgery especially if it is under general anaethesia.

Dr. Lokesh Garg
Pulmonologist, Faridabad
Copd mainly in smokers. Usually start after 50 yrs of age. Risk for need of ventilator support after surgery is there

Dr. Amruth Sindhu
Pulmonologist, Bangalore
Hi. I understand your concern s. Basically whether COPD or asthma it depends on her lung function. She will need to undergo a pulmonary function test to assess her lung functions. If optimum you can decide about surgery. Consult a pulmonologist for the same

Verified User
Working with copd
I have been diagnosed with copd. My bosses are concerned with me using paint. Can I use low odour water based paints without it causing me trouble. I believe I can. Thanks Dr. C . Palaniappan
Pediatrician, Chennai
Many times it is not possible completely to go off the work in many patients though it produces some harmful effects .
Hence it is just the question of how safley the job is done with out causing harmful effects .
So if u feel u can do it that way it is ok.
Also try to use some face mask like protective devices to reduce the dust exposure

Dr. Amruth Sindhu
Pulmonologist, Bangalore
Hi. I understand your concern s. It depends on how severe is the COPD . if it is mild then you can use N 95 mask while at work. Better to get assessment of COPD by a pulmonary function test if not done earlier. Consult a pulmonologist for the same.
Ask health queries and get free answers from doctors in 24 hrs
Ask a Free Question

India is experiencing a continued increase in burden of chronic obstructive pulmonary disease (COPD). With an estimated prevalence of >57.000.000 people suffering from obstructive airway diseases (OADs), by the end of 2016, India is in second place for harbouring the most number of morbidity and mortality cases from OADs, after China.

As many as 142.09 in every one lakh, died of one form of lung disease or the other in 2014-2015 giving India the dubious distinction of ranking first in lung disease deaths in the world. 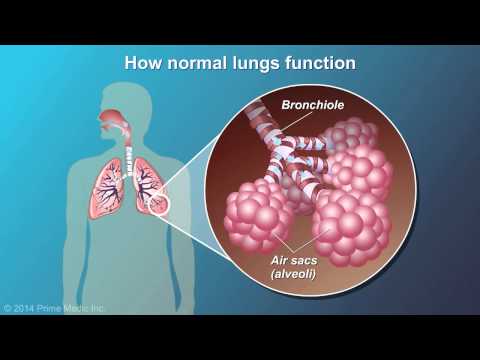 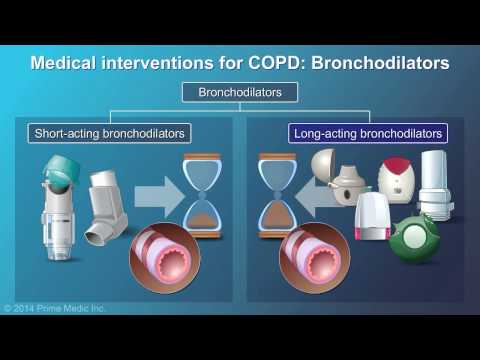 Management and Treatment of COPD 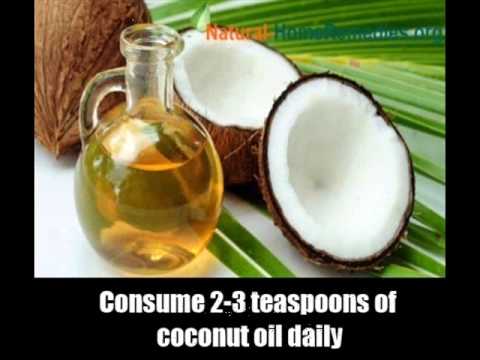 Nausea is the uneasiness one feels in the stomach, just before one feels the urge to vomit. Find out about nausea medicine, symptoms, remedies. Get information, videos and facts about nausea on Health-Wiki | Practo

Add foods and ingredients with omega-3 fatty acids to your diet, such as cold-water fish, avocados, flax seeds, walnuts, and olive oil. These can actively fight the effects of COPD.

To boost to your immune system, and improve your lung function increase your intake of foods with vitamin C such as, leafy greens, fresh tomatoes, green peppers, sweet potatoes, winter squash, raspberries, blueberries, cranberries and pineapple.

Ginger is an anti inflammatory with powerful antioxidants. It can improve your lung health. You can chew on raw pieces of ginger or can add a few pieces of ginger to boiling water and make a healing tea. You can also add ginger to foods that you cook. Ginger also contains natural antibiotics that help fight off infection that can worsen COPD symptoms.

Eat small portions of meals each time to decrease your chances of suffering from shortness of breath.

Water helps to get rid of the mucus building up in your lungs and airways, Drink atleast 10 to 12 glasses of warm water everyday. This act will help keep the lungs clear. You can also add two glasses of juice everyday such as pomegranate juice.