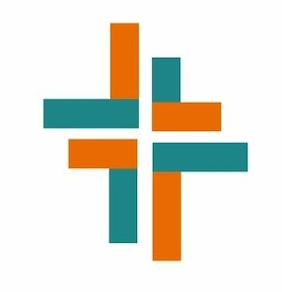 Aastha Medicare is a multi-speciality medical centre in Dwarka. It has facilities for Gynecology, Dermatology, Internal Medicine & Oncology. Aastha Medicare is a state of the Art clinic with latest equipments and a patient centric approach. It is visited by some of the most highly regarded doctors, Dr Sunita Verma, Dr Kanu Verma, Dr Virendra Kumar Raju & Dr Kamal Verma.We are attached to Rockland Hospital & Artemis Hospital, Gurgaon.

A
Avdhesh Kumar (Verified)16 days ago

Happy with: Explanation of the health issueWait time

The cost structure the medicine is given below:

The hospital is neat and clean and located in Dwarka. Doctor has good experience and she has set right expectation with regards to my treatment.

I came for hair treatment, As it was my first clinic visit so I was quite trembled but when I met Dr. Kanu, It made me so relaxed, She explained the root cause of my hair problem and advised me to take basic medication with an adequate procedure. It's been only a month and I can observe the positive results. Hair fall has been reduced, dry skin problem has been cured. At last, I would like to thank her for taking care of me and being so skilled at what she do. Every day of my life will be better because of her.

It was my first visit to this place and I went for a very common issue which was reoccurring of my pimples on my cheeks. The recommendation for Mrs Kanu Verma was very impressive but my visit was nothing like it, The doctor has a friendly attitude but also intimidating. She quoted the problem was very common and I shouldn't worry about it but still prescribed me different kinds of tablets, facewash and ointments, the number of tablets didn't make sense since she said the problem is too acute to be worried about.

Dr. Kanu Verma replied
Hello madam....thank u for ur response ...just wanted to convey that u were late by one hour and 15 minutes of ur appointment time and I waited for one hour ... as far as I remember I examine you and explained about ur illness properly and gave medicine accordingly.... Also every clinic has their own policies and it is ur personal wish to show either at clinic or hospital..
Show all stories(245)

A: There is pharmacy, diagnostic or imaging service at the clinic

A: Approximately 10-15 patients can sit in the the waiting area

A: All credit card, debit card payments are accepted at the clinic